The Samsung Galaxy Note 20 expected price in Kenya is around 110,000 shillings. The Note 20 features a 6.4 inches display, Android 10 and Exynos 990 chipset. It also comes with a 108 MP camera and a 4300 mAh battery. The phone is expected to come in Mystic Green, Mystic Bronze and Mystic Gray colors. Buy Galaxy Note 20 in Kenya today at Phoneplace Kenya.

Vivo announced its latest Samsung Galaxy Note 20 smartphone in 2020, August. It comes with 45W fast-charging for the 4300 mAh battery, as well as an aggressive price tag for its high-end specs and features. The phone arrives in colors Gray, other colors. There is one price tag(s) for the Galaxy Note 20 in Kenya as well for the different memory variants. It will cost 110,000 shillings for the 256GB/8GB RAM version.

First of all, Samsung has teamed up with Microsoft to bring an optimized cloud gaming on the Samsung Galaxy Note 20. This makes it the first smartphone in the world to feature special optimizations for Microsoft’s project X cloud game streaming service. Galaxy Note 20 can be used to play more than 90 Xbox gaming titles via the Xbox game pass. Again, the Galaxy Note 20 will also be the first handset to offer the Corning Gorilla Glass 7 protection.

Corning hasn’t put any info about the gorilla glass 7, but it will be stronger than its predecessor. Coming to the camera, Samsung hasn’t just cut the zoom to 50X from 100X, but they’ve also used a new, bigger sensor of 1-micron pixel size and has an aperture of f/3.0. The S-pen now has 26ms latency exactly like the Apple pencil. Making it the fastest on the planet. Samsung Dex now works wireless, without needing any cables.

There were (as at the time of this writing) speculations that Samsung was working on the Android 11 update for Galaxy S20. A member of the XDA Developers community had spotted Android 11 mentioned as the latest OS version for the Galaxy S20 Ultra on Samsung’s official firmware version tracker, suggesting that early development has kicked off. But still, these were just speculations. Samsung Galaxy Note 20 comes running Android 10 with One UI 2.1. It seems like the brief given to Samsung’s software design team for One UI 2.1 was simple: Improve existing functionality and add new features that prove to be useful.

Depending on where you buy the Galaxy Note 20, you will either get the Exynos 990 (7 nm+), otherwise Qualcomm SM8250 Snapdragon 865 (7 nm+) version. According to Versus, these two chipsets are at par both with big.LITTLE technology and effective use of Heterogeneous Multi-Processing. But with CPU speed Qualcomm SM8250 Snapdragon 865 boasts an upper hand. Samsung saw the Galaxy Note 20 come with this storage option: 256GB with 8GB RAM.

Samsung smartphones, even the mid-rangers have some of the best displays you can get on any phone. Did you know that Samsung makes displays for Apple iPhone? But that aside. Samsung Galaxy Note 20 comes with a magnificent, brilliant 6.7 inches, Super AMOLED capacitive touchscreen. It measures 108.4 cm2 and has approx. ~89.2% screen-to-body ratio. Of course, the Always-on display is present here. It is a feature that shows limited information while the phone is asleep and the display is also an HDR10+ one.

HDR10+ is an HDR (High Dynamic Range) format created by Samsung designed to expand on the HDR10 format by allowing for dynamic metadata to continuously tweak the display settings so that you’re always seeing the most and best color possible. The resolution count here is 1080 x 2400 pixels and the PPI count is 393 ppi density which one may argue is rather on the lower side. Galaxy Note 20 has a brilliant display nevertheless see also Samsung Galaxy Note10 Plus‘s screen and specs.

Other features of Samsung Galaxy Note 20 you might be interested to know include these. Stylus, 26ms latency (Bluetooth integration, accelerometer, gyro), IP68 dust/water resistant (up to 1.5m for 30 mins), and Samsung Pay (Visa, MasterCard certified). There is also USB 3.2 Type-C 1.0, Samsung Wireless DeX, Fingerprint (under display, ultrasonic), Bixby natural language commands and dictation. The phone is available in colors Mystic Green, Mystic Bronze, and Mystic Gray.

Get the latest Samsung Smartphones in Kenya here

Be the first to review “Samsung Galaxy Note 20” Cancel reply 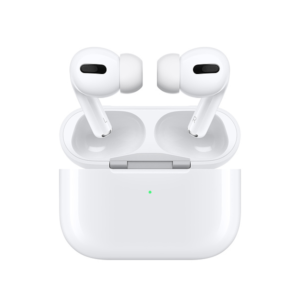